The Little Train of La Mure

Take in the scenery of Isère on board Europe’s most scenic tourist train ride. The Petit Train de la Mure clings to the mountainside, running alongside dazzling blue lakes on the Matheysin plateau between the town of La Mure and the Grand Balcon of Monteynard.
© Philippe David

Sit back and enjoy the most beautiful train line in the Alps with views of the Vercors Massif, Mont Aiguille, the Pierre Percée rock and the Trièves mountains.

On board shiny red wagons trundling through five tunnels and three viaducts on more than 15 km of track, the Little Train of La Mure takes to the rails through Isère’s valleys terminating at the northern end of Lac Monteynard Avignonet with its turquoise waters and monumental dam.

The 40-minute journey winds along to Monteynard station, where you continue on foot following a commented tour on five information totems along the Grand Balcon promenade before reaching the terrace of the Panoramique Restaurant and the impressive lake views.

A gem of late 19th-century civil engineering, the little railway line was the first electrified metre-gauge line in the world. For 100 years, this electric railway, which opened in 1888, hauled millions of tonnes of anthracite coal over a distance of 30 kilometres from the mines at La Motte d'Aveillans, before becoming a tourist train. Then, on October 26, 2010, disaster struck and a devastating rock slide destroyed a viaduct at La Clapisse leaving the Little Train of La Mure stranded.

Eleven years later in 2021, the three-year renovation project opened with a renovated train station at La Mure with a photo gallery and a brand new panoramic restaurant on the Grand Balcon. The rolling stock includes the original locomotives and restored historic carriages as well as new Swiss-made rail coaches.

The train runs from April to November. 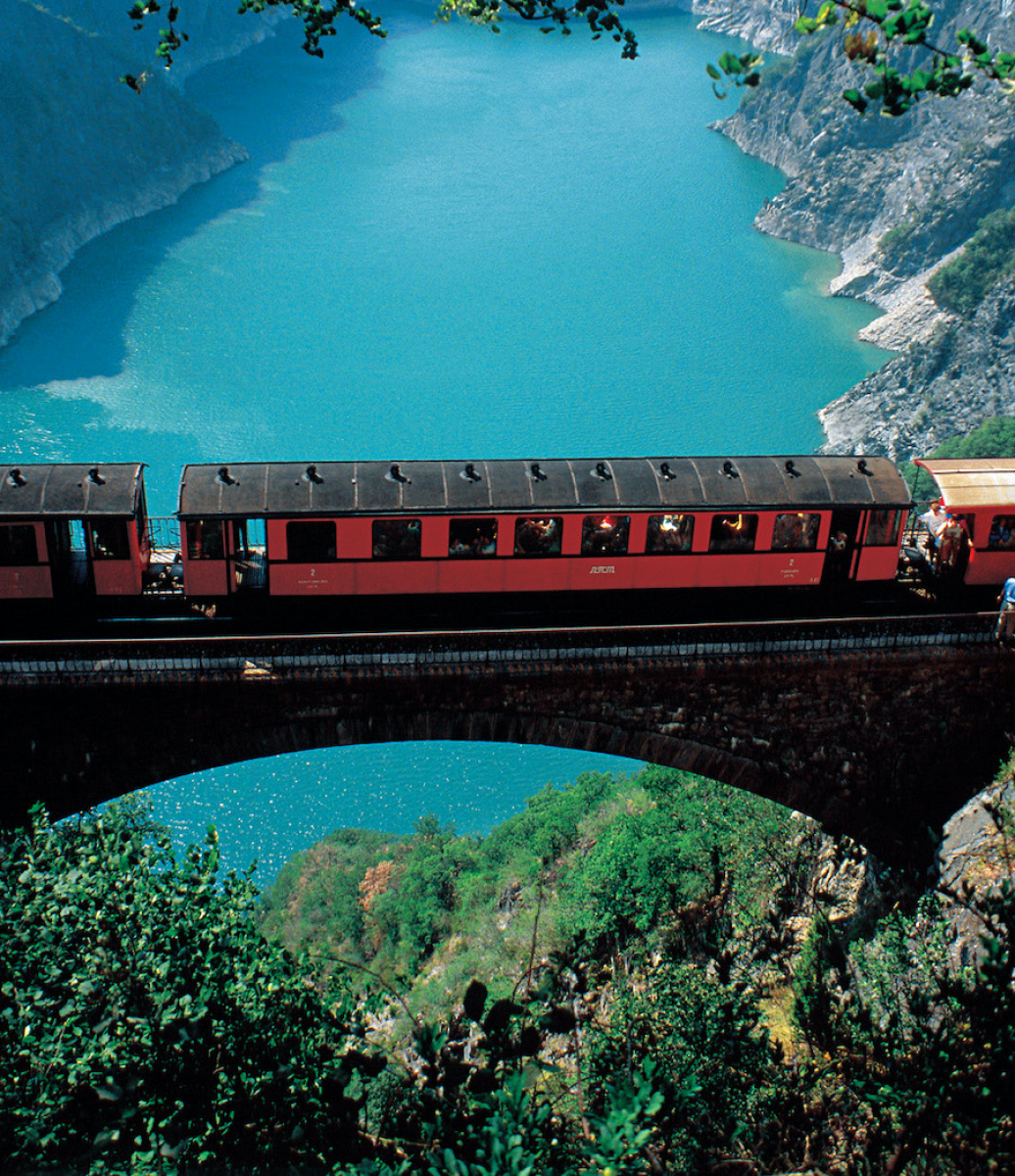 The Mine Image Museum at La Motte d'Aveillans

Part of the Matheysin plateau’s mining heritage, the little train stops at La Motte d'Aveillans on its return to La Mure. Take time to explore the Mine Image Museum occupying the site of the old anthracite coal mine.

Journey through the original mining tunnels where you view the exhibition retracing more than 1,000 years of coal mining on the Matheysin plateau. Offering total immersion into the heart of local history, the museum includes a tour of the pit bottom where the miners worked.